How Well Do You Know G.T.U.C

As we all know, G.T.U.C was established in 2005 by Ghana Telecom, the national telecommunications company, but what I’m sure you don’t know is the transformation the school has gone through since it started as Ghana Telecom’s flagship Training Center, the only telecom training center in West Africa.  It was first used as a Royal Air Force (RAF) Training School during the Second World War and subsequently handed to Cable and Wireless to train Telecommunications Technicians for British West African Countries (i.e.,Ghana, Nigeria, Sierra Leon, and The Gambia). According to Eng. Nana Boamah,the oldest lecturer in the school, Ghana Telecom’s flagship Training Centre, later became Ghana Telecommunication Training Center which was also changed to Ghana Telecom University College to the now Ghana Technology University College.

Did You Know summary 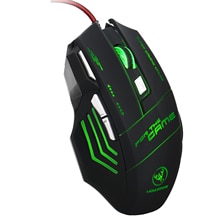